Once while walking over Waterloo Bridge, in London, with stout-hearted Teichmann, we conversed of the ingredients that associate to make a chessplayer. I ventured a remark that, if he would name one indispensable ingredient, I would name an able player wholly destitute of it. And Richard very tolerantly said, “Have you given any thought to ‘vanity’?” – WE Napier, Napier’s Amenities and Background of Chess-Play 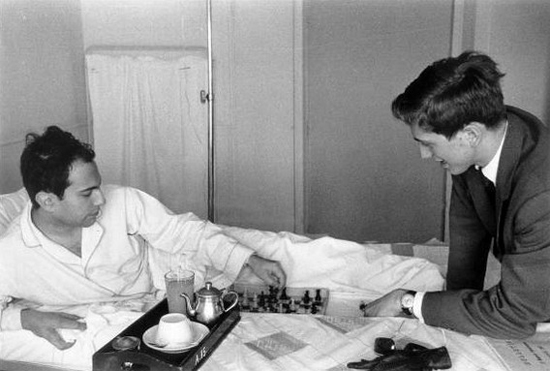 I have not met a single player of any level who does not consider Tal one of his or her (chess) heroes.
– GM Naroditsky

Paul Morphy from the USA, the best player in the world in the 1850s. He had a hugely attractive style, and his games are still very widely admired and studied. 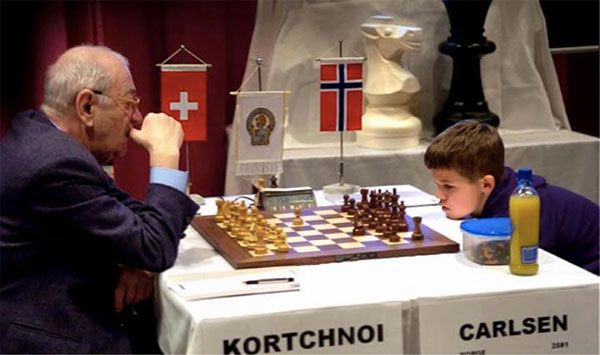 You know, I always wanted to write some song. I was telling Larry Evans back in the 60s, I remember, “You know, I listen to all these songs, I wish I could write that, but I try to write something, I try to think of something, and nothing comes out.” And he says “Yeah, because you haven’t lived.” And I started thinking about it – he’s right! Hehehehehehe …
++++I really don’t like the chess players in general; they’re not my kind of people. They’re mean-minded, petty, small-minded, stupid. A lot of times I listen to the radio, I listen to jazz musicians, and they really seem to love each other. But the chess players don’t love each other very much at all. Part of it is the competition, and a part of it is just the kind of people who go into chess. But it seems to me the people in the show business world are not as mean-minded toward each other as the people in the chess world. That’s my clear impression. They’re more in competition with themselves, to do the best they can do, rather than with other people. Maybe I’m wrong, maybe if I were in show business I’d find out that they’re bastards too, but that’s my impression. – Bobby Fischer, 2005

The woodshifter, as the name implies, sees the pieces as blocks of wood, whereas the real player … sees them as units of energy which he can combine in beautiful ways, just as the musical composer can build up bewitching melodies out of scales of mere sounds, each in itself no more interesting than a wooden chess figure. … Don’t look at chess in this way because it’s romantic. It is, but look at chess this way because it is a way to win. – CJS Purdy, The Search for Chess Perfection

Once again, the question ‘why cannot women play chess’ has been the centre of attention recently. Apparently, the old answers are not good enough any more, for instance ‘because they’re too stupid’ or ‘because they have no soul’ or several such others. And in feminist circles, you’ll hear quite often nowadays that the reason is that for centuries women have been repressed by men, who never al­lowed them to develop their intellectual capacities to the full. This is overlooking the fact that social repression is apt precisely to stimulate intellectual powers, and from this point of view it would be more correct to say that it has been their repression by women that made men embrace the game of chess. But these are merely sociological explanations that fail to address the heart of the matter.
++++ It has always surprised me that none of these champions of feminism – who won’t stop at anything otherwise – has hit upon the answer that to my mind is the only right one … viz: ‘because there is something wrong with chess!’
++++ When I first raised the question – very carefully, as it was in a women’s magazine – I directly pointed to the possibility of such an answer: ‘the fact that women play chess so badly might be taken as damning evidence against the game’, but at the time, I decided rather arbitrarily to remain loyal to chess. One must remain critical in these matters, however, and it is deplorable, I feel, that even the fiercest maenads of the feminist movement are still far too respectful in their excuses for a game that has been a virtual male reserve for centuries. Fie, for shame, girls! You ought to take a much more radical stand.
++++ There is every reason for a radical rejection of the game of chess as such. Many religions have opposed it, and isn’ t religion the first guardian and protector of female virtue and integrity? Fervently masculine cultures, such as Mohammedanism, valued the game of chess, but in Byzantium it was forbidden without further ado. (The Russians have readopted the game relatively late, presumably at the same time as the Persians.)
++++ Our initial question should therefore be replaced by a more fundamental one: what is so deeply objectionable in the game of chess that women, the crown of creation, are incapable of playing it well? This is an issue that has had my keen interest for years and in which my point of departure is a discovery I made: games are the opposite of human contact.
++++ ‘Games’ are here understood to mean all those pastimes which are pursued with the aid of pieces, dice, tiles or cards, such as there are: chess, draughts, go, halma, mah-jongg, backgammon, toepen, beggar-my-neighbour, pinochle, dicing, pachisi, drawing straws, shit-in-the-pocket, and what have you – all of them in sharp contrast to what nowadays, depending on religious or political affiliation, is called ‘communication’, ‘interhuman solidarity’ or also ‘existential meeting’…
++++ It is the same with chess. During their game, chess players are ‘incommunicado’; they are imprisoned. What is going on in their heads is narcissistic self-gratification with a minimum of objective reality, a wordless sniffing and grabbing in a bottomless pit. Women do not like that, and who is to blame them? They easily hold their own in games in which human contact is incorporated, as in bridge for instance, because in such games a feeling for an other’s intentions, throwing a bridge to one’s partner is of paramount importance. But they cannot keep up in the total isolation of chess. It only interests them when they are told about it. For unsolvable riddles, they have little patience. – GM JH Donner, The King, ‘Game’, p253-5, article first publ. in Hollands Diep, 9 Apr 1977.

Jonathan Rowson – The Seven Deadly Chess Sins
I recently discovered this great book. (thanks to Dvoretsky) Reads like a cross between The Outsider and Be Here Now.. with a dash of Pirsig. Covers things other books don’t cover; psychological, philosophical, lots of quotes.

I’m a huge fan of Cyrus Lakdawala‘s writing. So far I’ve read only his Kramnik: Move by Move and Capablanca: Move by Move. I read a couple of reviews the other day, but haven’t seen his greatness at all recognized. You either love his style or hate it, they say. It’s hard to show an example to a non-chess playing reader, impossible really. He piles on gorgeous, intense metaphors while describing games, about the happy or sad situation of particular pieces even, so vivid that one starts to wonder if he was stoned or tripping or something! Burning with passion. Unlikely they’re the greatest books ever written re learning chess, I suppose, but possibly the greatest chess-related prose. Astoundingly wonderful.

A chessgames.com comment from 2016. I don’t know if it’s actually a good strategy hehe but possibly worth trying once.