Newton is the great virtuoso of infinite power series – what he did with them is astounding, e.g. by age 23 in 1665 found the sine series, cosine series, arc sine series, logarithmic series, binomial series AND the exponential series “which may…be the most important series in mathematics.” Although Indian mathematicians mostly got there hundreds of years before! But no-one in Europe knew that until much later.

The simplest power series is: 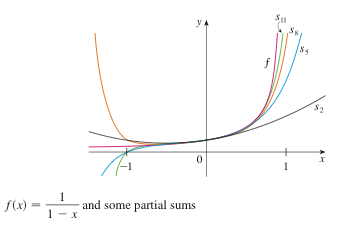 Such infinite series are easy to construct, but still I find it kind of mysterious that they add to the fraction on the other side. Well, it’s due to the telescoping.

To build one from scratch, start by deciding what you want the fraction to be, in this case

.
Then take the denominator over to the other side and start writing in terms to make the RHS add to 1. i.e.

and multiply this out on another line:

to get rid of, so write in a

s cancel. Next an

s cancel.
Not hard to see that this will go on forever in exactly the same way.
And we are left with

! i.e. the series converges. For

This is shown visually with the 2 similar triangles in this picture: ST/PS = PQ/QR 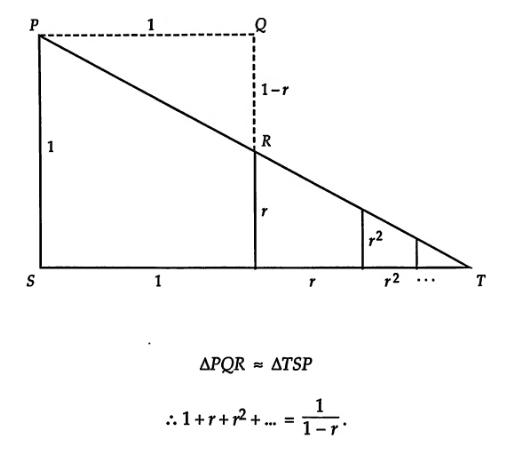 I came across this picture (from Roger Nelsen’s book Proofs Without Words) after exploring power series, generating functions, continued fractions etc for a while – it came as a revelation to me. I hadn’t imagined there could be a simple drawing showing how it works! Why hadn’t I seen it before?! There are too many maths books without pictures! Although not so many these days; people realise the huge value of a good diagram. 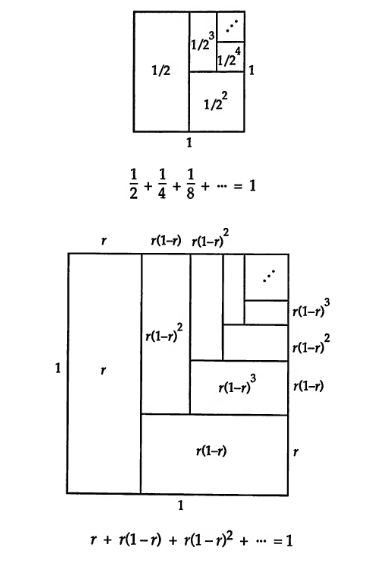 This one shows the more general case of 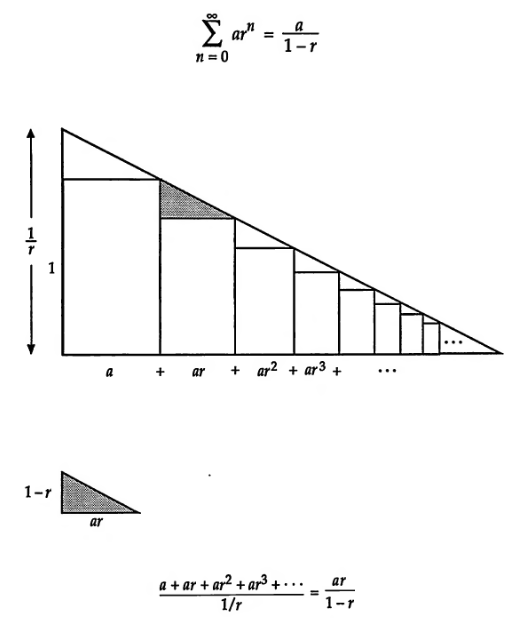 All kinds of interesting results pop out when you plug values in, e.g if

This pic from Proofs Without Words II : 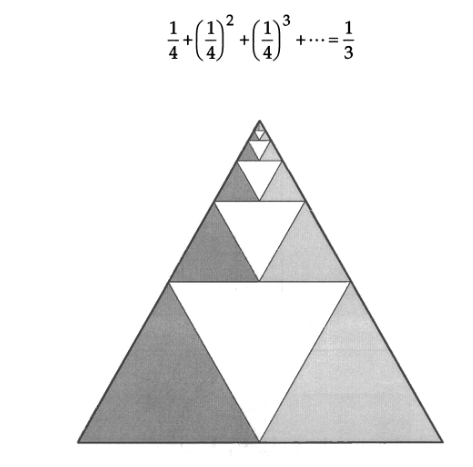 Reciprocal of a power series

, there is a power series such that