for graphically finding the roots of polynomials.

Draw the coefficients of a polynomial as lines with length

to the left with each one. The slope of lines drawn from one end to the other, bouncing off the sides, give the roots. Very snookery, except the balls bounce off at

, not at equal angle. It works because, remarkably, the expressions for each angle as the ball bounces off the sides are the same as the partial Horner forms of the polynomial. So ‘ball goes in the pocket’ = ‘its slope is a root of the equation’.
+++++I’d never heard of this until recently, apparently it used to be very well-known, 100+ years ago, but is obscure now. Can’t make money from it, I guess.
e.g. 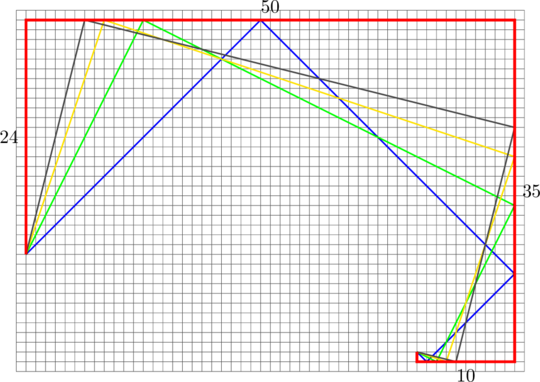 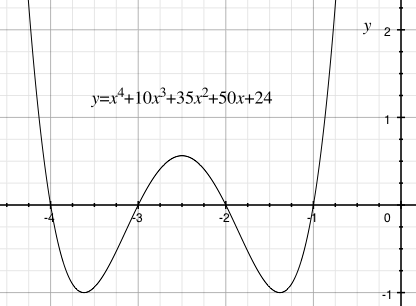 The Carlyle circle method, apparently invented by the essayist/historian Thomas Carlyle in his youth: 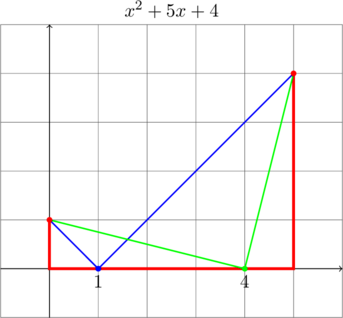 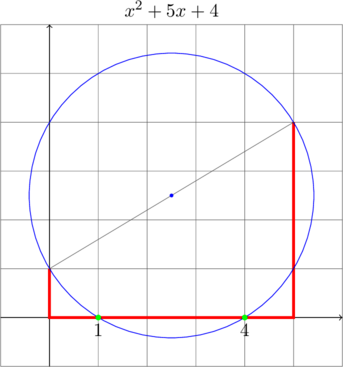 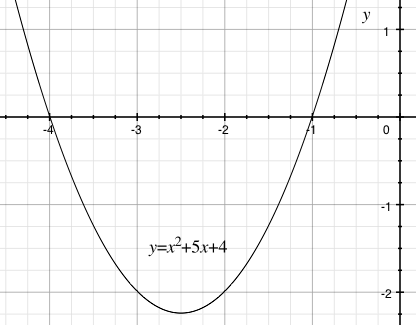