For any positive integer

“The following elegant solution [says Dörrie] is based upon the binomial theorem.
By resorting to the device of considering the magnitudes

resulting from the binomial expansion of

as unknowns subject to

certain conditions rather than as powers of

, we obtain an amazingly short derivation of

(This type of crazy-looking procedure is Blissard’s symbolic method, or umbral calculus, introduced by John Blissard in 1861. Also used extensively by Lucas. Now referred to as 19th C or classic umbral calculus, as since the 1970s the subject has been transformed by Roman, Rota and others.)

According to the binomial theorem, if

subtracting the second equation from the first gives: 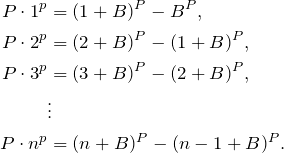 These are known as the Bernoulli numbers: 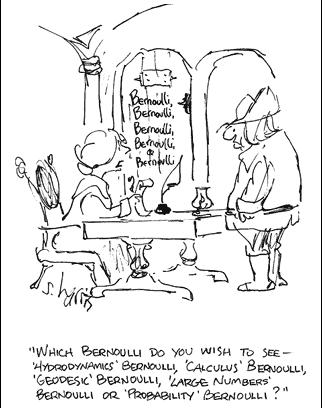