times the average of the first term and the last, 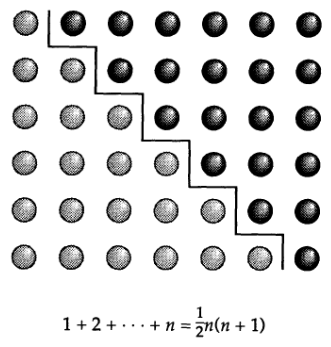 The picture shows that twice the sum,

General arithmetic progression
The sum of 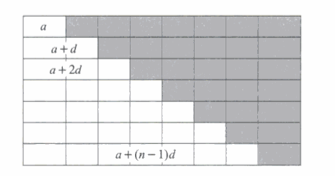 This diagram shows that

the size of a rectangle of height 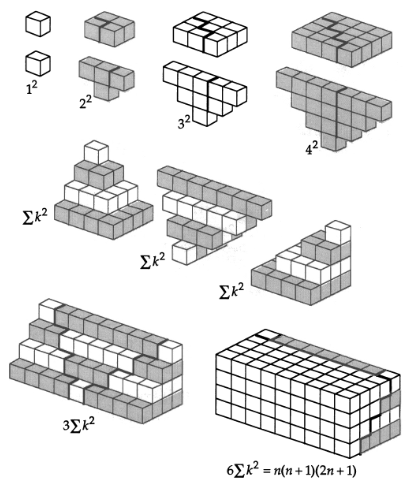 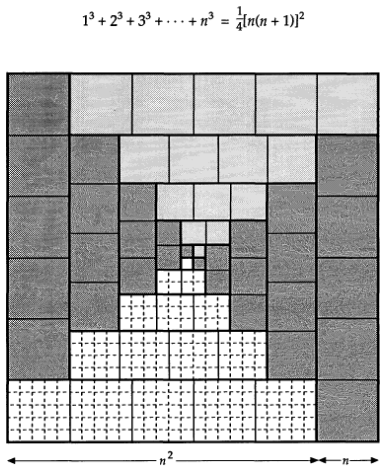 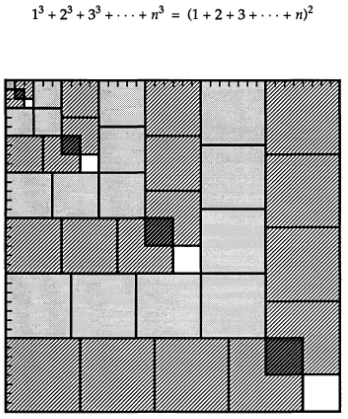 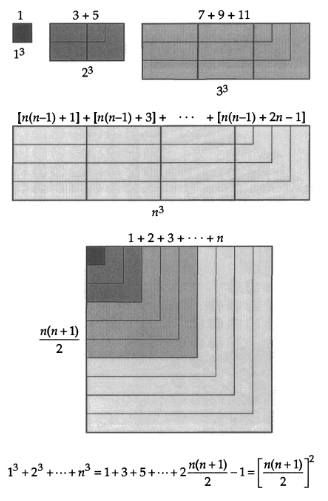 is a permutation of the elements of

– i.e. the elements can be taken in any order.

can be seen as an application of these 3 laws.
To find the general sum of an arithmetic progression

Add these 2 together. (associative law)

Take the constant outside the sum. (distributive law)

Example of finding a sum

frames/30ths of a second.
If we represent the numbers rising

(the number of images shown for a given number of frames, e.g. initially, 2 images last for 15 frames each) by

These two are the above 2 series for

, with only slight modification:

So the sum can be written as:

and the falling power

The sought value is a term in the series:

We need the term ending in

, and the values in this case are: 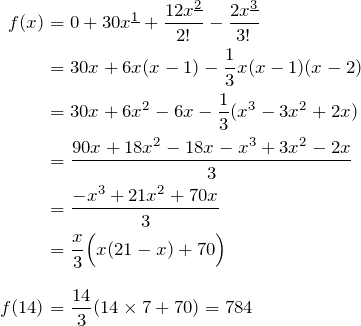 Well, what’s the general formula, for starting with a number

of images each shown for

If one number from each of these pairs is

, the other will be equal to

. (Like both numbers always added to 17 in the last example.)
So this time we have

And just to check this formula, plugging in